Some Important Things to Know About Fast Jet Pilots (before we start talking about performance!) 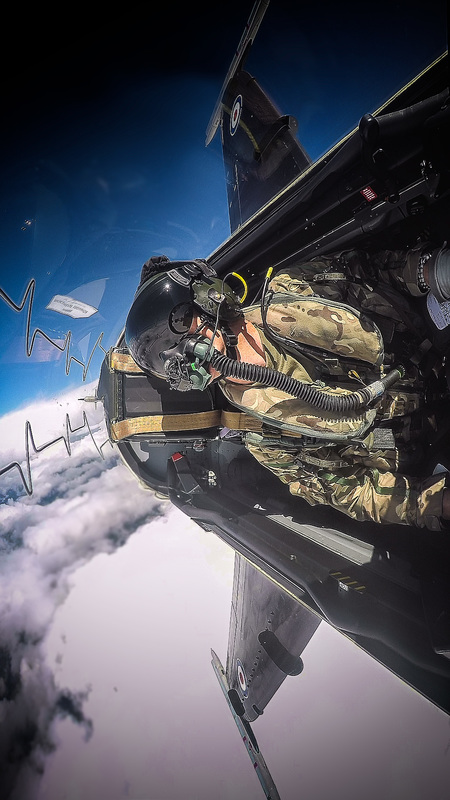 I’ve been a UK based fast jet pilot since the early 2000’s having joined the military in 1998. I’ve flown fast jets for all of my career and have never had a ‘ground tour’ (that’s when you have to fly a desk for 3 years…not good). I currently teach instructors and students to use the BAEs Hawk T2 as a weapon system in the applied phase of their training. I realised some time ago that there were many things that we were teaching young pilots that were applicable to many other professions; after all, high performance is high performance whether you are at 20,000 ft or attempting to climb to the top of your career.

Before I post about performance, it makes sense to talk about what exactly a fast jet pilot is

In 1983, US Naval Flight Surgeon Frank Dulley wrote a paper entitled ‘The Life Style Keys to Flight Deck Performance of the Naval Aviator — Another Window’. The paper presents Dulley’s views on the coping mechanisms that the Naval Aviator brings to his occupation. What is so interesting about this paper is that it highlights the attributes of a fast jet pilot and makes uncomfortable reading for those it describes.

A fast jet pilot is normally male, in fact only 11% of the RAF is female (the highest number of all the UK’s armed forces) – how many fast jet pilots are currently women? I can count 8 out of approximately 160 active pilots that I know of.

The Royal Navy also has fast jet pilots but a small number in comparison to the RAF and most of those are flying the F/A-18 Hornet with the US Navy awaiting the introduction of the F-35 to the UK. To qualify as a fast jet pilot takes four years of training with 300 hours’ flying on various aircraft; this can cost up to £4 million per pilot.

As Frank Dulley states in his paper, fast jet pilots are ‘mission oriented compartmentalisers’ who lack emotional sensitivities that are normally found in the general population at large. Well, what does that mean? Pilots are very good at concentrating on one thing at a time without being distracted by external issues. When they fly they are able to leave their problems on the ground and concentrate solely on the task at hand. Dulley also states that pilots’ male-female interface is characterised by emotional distance. Pilots marry controllers; their partners, just like them, are the eldest son or daughter or, if this is not the case, then they are the controlling sibling. Pilots do not want a weak spouse as they are represented by their partner and expect them to be strong in public. They surround themselves with other controllers as they know that they can trust them as they are similar to them. Pilots have few friends and get their social validation from the other pilots they work with – it’s the only validation that really matters to a pilot.

A flying squadron can be a tough place to be especially if you are not good at banter and are unable to make fun of yourself. Banter is the thing that pilots use to keep other pilots in check. The squadron is a place full of egos and your social standing is decided by one of 4 things – rank, seniority (age/flight hours), ability in the air and personality. Banter is ‘taking the mickey’ out of people, it lightens the mood but to an outsider can appear as exceptionally harsh.

They shave and shower the same way each morning/night and don’t ever change the way that they do it because they’ve proved it works. They can be infuriating to live with because they have an uncompromising stance on even the smallest of issues and they rarely go and see a doctor; they are pilots – they believe that they can work out for themselves what is wrong!

In a marriage this can prove disastrous especially as the spouse invariably wants to just vent after a hard day. The problem is compounded by the fact that a pilot will only tell their spouse about any issues they are having – they won’t tell their boss, doctor or colleagues as they don’t want to appear weak or not in control. They do look for affirmation from others that they work with – praise from another pilot is the highest form of praise but very, very rare. Normally the praise comes in the form of promotion, medals or courses/work-ups as they become more senior.

If you give a pilot a pen, they will take it apart – pilots have inquisitive minds

The understanding of the workings of a pen or the reasoning of a decision by higher authority is very necessary to a pilot. Pilots are all ‘Maverick’ – even the quieter ones are still rebellious. They are passionate risk takers who don’t like authority but will tolerate it because it allows them to fly and the cockpit is what defines them. They believe that ‘If you aren’t a pilot then you don’t get a vote’ – it’s like the saying ‘You don’t know, man – you weren’t there!’ This applies equally when referring to an air combat sortie as it does to a night out in Las Vegas – mention the ‘Witch Doctor’ cocktail and all pilots will shudder…we’ve all made that mistake. It gets worse with fast jet pilots because they see themselves as above all other pilots – which, due to the selection process, they are. Even in the land of the fast jet pilot there is a hierarchy. The ‘single-seat’ pilot used to be above all others – Harrier pilots were notorious for having huge egos, followed by Jaguar pilots – fighter pilots on the Tornado F3 also seemed to love themselves! The single-seat F-16 and F-15 community in the US are always claiming to have the better pilots. It has changed somewhat in the UK as the Typhoon is easier to fly than the Tornado GR4 but the Typhoon is a single-seat aircraft which can be more demanding in certain environments. I once knew a fast jet pilot who was sent to learn to be a Test Pilot at Edwards Air Force base in the USA, the home of test flying. This guy was a single-seat pilot who was obviously quite fond of himself and once found himself at a black tie dinner sat next to an older guy who also used to be a pilot. My friend spent the evening talking about himself and how good he must be as so few British pilots get chosen to train in the states. It was only the following morning that someone asked him how his evening with Neil Armstrong had gone – he hadn’t even asked his dinner guest’s name! To be honest, this is a common story with fast jet pilots – they are most comfortable when talking about themselves.

Pilots deal with facts and find it hard to accommodate inaccuracies

When my wife told me that if the builders moved the fence 3 ft closer to the kitchen window then she’d be unable to see the trees in the next field I got out the calculator and drew the trigonometry on a whiteboard to show her how wrong her mental calculation actually was – my wife has since informed me that this was exactly the wrong thing to do.

If you make a mistake flying fast jets it can kill people and, believe me, it happens very quickly which is why we place so much trust in each other. Individual integrity fosters trust within teams and that is what makes flying fast jets with other people safe. But a mistake airborne opens yourself up to questioning and no more than from yourself. Self-analysis is a constant for any pilot whether in an airliner, glider, light aircraft, rotary or jet – we all evaluate our performance and it can and does cause sleepless nights. The thought of letting ourselves down is nothing in comparison to the thought of letting the team down. It is said that you are the average of the 5 people you spend the most time with and for a pilot that is other pilots – you let them down and you may as well leave the squadron – there is no place for you. That is why, when you are ill, your squadron mates will tell you to go home – you are under performing the moment you walked in to the building. They don’t want you with them today, you are a liability – go home and suffer daytime TV.

Lastly we are extremely predictable, we like routine and lack spontaneity. So how are fast jet pilots high performing individuals who are able to excel in highly dynamic environments?

Until we slip the surly bonds of Earth again – fly safe!