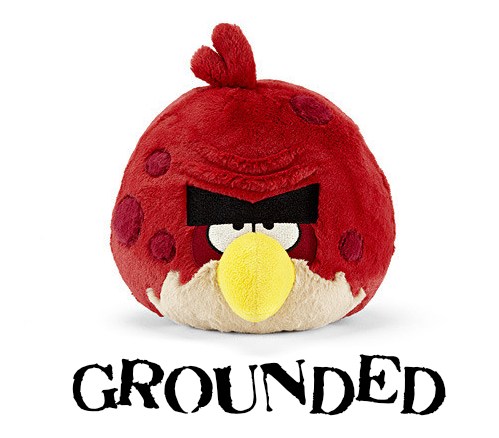 It was the sort of thing that only happened to other people but now it had happened to me.

‘That’s so wrong mate, I’d put a complaint in for sure – how dare he!’ cried my friend down the phone when I told him my bad news.

I’d been ‘grounded’ which, as a pilot, meant that I wasn’t allowed to fly again until I’d been further assessed by a doctor.

I’d just had my annual aircrew medical and there had been a problem; I was over the maximum boarding weight for the aircraft by a few pounds. The doc said that he would have to inform the Squadron Boss and I knew what that meant.

But unlike my angry friend, I wasn’t mad.

I was actually quite calm.

For the previous year I had been flying the jet part-time and was spending most of the month in an office away from the base. I was living a sedentary lifestyle in the middle of a vibrant city and one that was encouraging me to make poor choices. I would regularly eat out – the bars and restaurants were where I could find a break from the isolation that defines such a solitary existence.

Over the year, my office existence had added a few pounds to the waistline and, although I didn’t feel much different from the year before, the scales were telling me a different story. I was always surprised by the fact that you could be ‘in weight’ on the day of your medical but then remain unchecked for the rest of the year – I guess it came down to self-discipline and I, for one, had been found wanting.

Even my wife found it unfair but, as I told her, it’s actually quite simple. If you want to fly fast jets or indeed, any type of aircraft, you have to conform to a set of defined parameters. Things such as eyesight, anthropometrics (limb measurements), weight and mental health all need to fall within agreed boundaries and this is to ensure not only your own wellbeing, but that of those you may affect by your actions.

People like me. I’d unintentionally gone outside of those boundaries and it was my responsibility to get back in.

I’d once read a book called ‘Extreme Ownership’ by two ex-US Navy Seals who had spent time commanding Special Forces units in Ramadi, Iraq back in 2006.

The book resonated with me for a couple of reasons, the first being that, three years previously, I had been flying a Tornado GR4 over Southern Iraq when we were asked by some Navy Seals to target insurgent activity in the rebel held town of Fallujah, some 7 minutes flying time to the West of our operating area. After some in-cockpit discussion I was finally able to persuade my senior navigator that, although we both agreed that it was definitely ‘the right thing to do’, the town of Fallujah was strictly ‘off-limits’ to British forces at the time, was a ‘US only’ operation and we were not permitted to engage. I’ll never forget the disappointment I felt in passing the pair of US F-15E Strike Eagles called into replace us as we routed home. As captain of the aircraft, the responsibility for that decision was mine and one I would have to ‘own’. It was the right decision to make but still a very difficult one to live with.

The second reason is that I’ve always advocated ‘ownership’ but I don’t remember why or where I got it from. I could probably trace it back to the rugby field, school or parenting but it probably came from the difficult early days on a front-line fast jet squadron.

Not Accepting the Blame

I was once on a night low-level 4-ship sortie in my Tornado bomber flying out on the West coast of Scotland. The weather was atrocious, light levels were poor and the Night Vision Goggles (NVG) weren’t being helpful at all. We should probably have abandoned the flight as I was relying on a poor Forward Looking Infra Red (FLIR) picture and a temperamental Terrain Following Radar (TFR) and, in these difficult conditions, I knew that errors were likely to be made. I was in the front pair of a square shaped formation with a couple of miles separating us from the rear two jets. A good friend was leading the back pair and, although he was new to low-level night work, he had been given the number 3 slot which was regarded as one of the most demanding positions. As we reached the target area, the weather had worsened and I, for one, was struggling to stay visual with the leader who was only a mile off my starboard wing; we only had to make one more turn and then we’d be heading back north and to clearer skies. Just as I was planning the turn, however, I noticed a dim shadow rapidly approaching and I instinctively bunted towards the black sea below.

‘Christ, that was close!’ called my navigator as the darkened silhouette of a 26 tonne Tornado flashed across our canopy, the roar of its engines deafening our once peaceful cockpit. It was the leader of the back pair who must have missed us by a matter of feet. I instantly knew what he’d done – it was an easy mistake to make, especially on such an unpalatable night as this.

We quickly terminated the sortie and headed home so we could de-brief, learn some lessons and hopefully get some sleep. But, as we were getting changed out of our flight kit, the navigator of the number 3 jet, came and found me.

‘He won’t admit the mistake.’ he said.

‘Oh, don’t worry – it happens! It will probably be me next time!’ I replied, trying to sound humble, ‘Just tell him to bring it up when we talk about the safety bits, everyone will understand.’

‘He’s being stubborn about it, he’s just being a dick.’ came the reply.

I knew that my friend was just embarrassed so, before the debrief, I went and found him. I recommended that he bring it up early, tell everyone he’d made a mistake and that we could all learn from it. Flying squadrons in the RAF promote a very open reporting culture as we recognise that learning lessons, however embarrassing they might be at the time, saves lives. We use honesty to encourage, not criticise and our flight procedures are often said to have been ‘written in the blood of those who have perished’. But he was wounded and came out with every excuse in the book. He refused to take responsibly for what was obviously just a simple mistake and a common error. He’d lost sight of my aircraft after he’d made a turn in the poor weather and, instead of using the radio to say that he’d lost me, he’d just carried on blindly until we almost collided.

I wasn’t angry at him but I knew that if he tried to hide his mistake from the rest of the formation, he’d get torn apart by the flight leader in the debrief.

I couldn’t convince him, he didn’t own up and he got slated for his dishonesty.

That night has stuck with me forever as an example of what ‘not’ to do.

Recently I made an error that I momentarily thought about hiding – it was simple, I made the same mistake as my friend had made many years ago. I was over the Irish Sea, in a fight with a student when I lost sight of his aircraft whilst searching the dark skies above for his wingman. If this does happens, it is acceptable to give yourself a couple of seconds to try and reacquire the other jet before informing the formation of your situation. But I knew that I was taking too long – luckily the shot was taken and I was ‘killed’ which ended the exercise. I repositioned for the next event cursing myself for my lack of professionalism. I’d lost sight of my playmate for probably 3 to 4 seconds longer than I should have and I was too embarrassed to call it on the radio.

In the debrief I admitted my mistake. I said that it was not acceptable to have left it that long and I apologised. As I expected, the other guys hadn’t thought anything amiss but it was not the point – I knew I’d let myself down and that was enough.

I’ve seen students blame students, instructors blame instructors and bosses blame anyone but themselves but in all cases it is never acceptable to abdicate the responsibility of a poor decision onto someone else. A friend of mine once had a boss who would always take the full credit if a decision was well received by those above but blame the entire squadron executive staff if it was looked on less favourably. He was always looking out for himself and the whole squadron knew it.

“On any team, in any organization, all responsibility for success and failure rests with the leader. The leader must own everything in his or her world. There is no one else to blame. The leader must acknowledge mistakes and admit failures, take ownership of them, and develop a plan to win.” – Jocko Willink and Leif Babin, ‘Extreme Ownership’

People always know when you have failed to take responsibility for your actions and it damages you greatly though none more so than in how you view yourself.

‘When you blame and criticise others, you are avoiding some truth about yourself.’
– Deepak Chopra

When you take responsibility for your actions and stop blaming others, something remarkable happens. You are able to take complete ownership of the issue and gain sole responsibility in resolving it.​

How you view yourself when away from others will ultimately have an effect on your sense of self-worth and this can be self-perpetuating. All too often we go for the short term happiness fixes, the unhealthy choices that we know, in the long run, are not in our best interest but give us an immediate buzz. We know it’s wrong but we do it anyway. Sometimes it just takes a check or a nudge to make us aware that, what we are doing, isn’t something that we actually want to do.

We hold others up to the same standards that we set for ourselves which is why we are so disappointed when they let us down – we expect them to have the same values as us but this is often not the case.

But what is so much more painful, however, is when we let ourselves down.

So, as I take an honest account of my insidious change from racing snake to lounging hippo, I recognise that I have let my own standards slip. I have slid past the gym and into the bar, swapping the streets on which I ran for the sofa on which I recline.

I’ve become more of a sizeable man and less of a disciplined one.

And in all honesty, all I can say is…

It’s all my fault and I’m going to make it right.