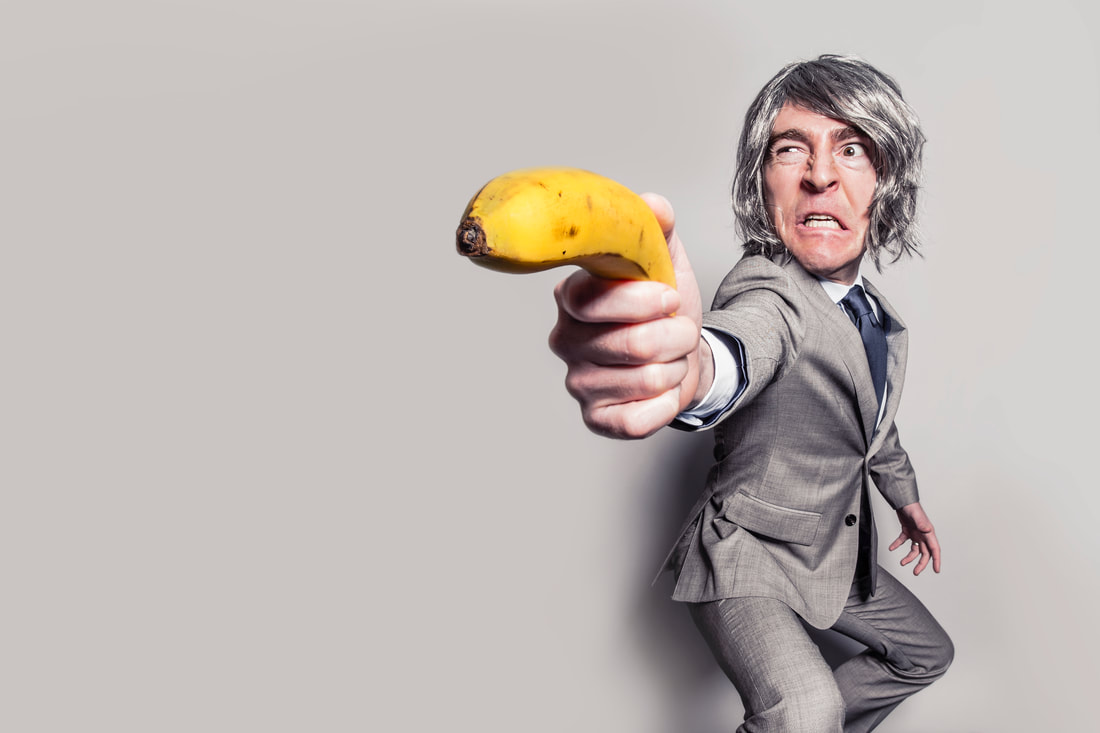 You know the feeling you get when you’ve done something wrong and you’re about to get into trouble?

But you know what’s worse than knowing you’ve done something wrong?

Being completely unaware of it until an angry Senior Naval Officer opens his huge office door and shouts, ‘Davies! Get in here – NOW!’

That’s worse.
​
And, as I stepped sheepishly into his office, all I could think of was how this giant of a man could end my career.

And it had only been 6 months since I had joined the Navy!

He was angry and I was confused.

I was a Junior Officer at Britannia Royal Naval College in Dartmouth and I was about to be told that I had done something very bad, indeed.

It wasn’t the rowing boat we’d stolen to fetch pizza from town.

Or that we’d encouraged the Army to burn down their sports pavilion whilst we got them drunk on Madeira and Port!

Nor was it that we’d written ‘Fly Navy’ in giant chalk letters on the parade square only an hour before the first ever Merlin helicopter was due to land.

No, it was worse than that.

Maybe it was because I’d always struggled at school?

I wasn’t naturally academic and found it hard to learn and reproduce information that I felt would have little value outside of the classroom. My teachers labelled me as disruptive and my reports said that I was ‘a challenge’.

When I did something wrong or questioned the school’s way of thinking, my failures were highlighted to the class and I would be embarrassed.

My teachers would tell me that going to university was ‘possible’ but that I wasn’t very clever.

I would avoid challenges, ignore advice, look on other people’s success as a threat to my own, see effort as pointless and I’d easily give up.

I thought that my place in the world had been decided, my mindset was fixed and I didn’t think I was clever.

I ended up failing some GCSEs, all of my A-levels, the first year of an HND and had to deliver a hand-written letter from my future mother-in-law promising a better work-ethic in order to be kept on my degree course!

However, when students at my wife’s school challenged convention or made mistakes, their failures were celebrated, explored and were used as examples for other students to learn from.

My wife went to a school where the teachers told their students that going to university was ‘inevitable’ and that they were clever.

She would embrace challenges, learn from criticism and be inspired by her friends’ success. She’d put maximum effort into everything she did and see setbacks as learning opportunities that she was fortunate to have.

My wife went on to achieve academic excellence at higher-level educational institutions. She sits on many prestigious councils and is now considering doing a PhD, in her spare time.

When you are young, you learn faster than at any other stage in life and need security and confidence to grow. When you are at school you are impressionable and whatever you are told you tend to believe.

Although the differences in educational standards between the two schools might be obvious in the examples above, there is one over-riding similarity.

In both schools you are expected to conform.

In the film, ‘The Dead Poet’s Society’, the teacher, Mr Keating, sets a task that highlights to his students that, when they start walking together as a group, they all eventually end up walking in step with each other.
​
‘Did you notice that everyone started off with their own stride, their own pace? Now you all have a great need for acceptance, but you must trust that your beliefs are unique, are your own even though others may think them odd or unpopular – even though the herd may go ‘that’s bad!’’

Our desire for acceptance leads to conformity; it is in-built and evolutionary in its origin. If you were ousted by your tribe whilst hunting on the African plains many moons ago, you would die – you would have been unable to survive alone.

Conformity is necessary, especially when you are young; it helps us feel grounded and teaches us that there are consequences to our actions.

If you don’t eat dinner then you’ll go to bed hungry.

If you’re late for class you’ll get detention.

If you don’t steal a rowing boat to fetch your pizza, it will be cold by the time you get back to the Naval college.

School helps us to get used to conforming and the colleges or companies in which you currently reside are no different. Our parenting, schooling and working lives have all directed us to comply.

Taken to its logical conclusion, of course, you eventually reach the idea of ‘society’.

Society /səˈsīədē/ (noun): A society is a group of people involved in persistent social interaction, or a large social group sharing the same geographical or social territory, typically subject to the same political authority and dominant cultural expectations.

We have all agreed that we would very much like to reside in this society and agree to abide by its rules. We elect a bunch of people to make up some laws and, if we don’t like them, we elect some other people. Democracy has its place and, if we don’t operate within these rules, society dictates that our freedoms should be restricted and we are sent to a place called ‘jail’.

Not that I am saying that institutional thinking is wrong. Any educational process should primarily aim to teach conventional thinking, wisdom and rules. Only then should it go on to teach how to challenge or question it and that it is acceptable to do so. We need to develop people to learn the difference between what they can change and what they should change. The education that society offers must give people the wisdom to understand the difference between the two.

The key is to recognise that most of us have a fixed mindset that has been placed there by having to conform to another person’s ideas. It’s not a high-level political agenda to keep the population compliant in the workplace; it’s because, as a community, we have to be assured that we educate our people to a minimum standard so that they can be productive to society.

In private schools they can educate to a higher standard for many reasons; selective entry standards, better behaved pupils and a larger budget are just a few.

These tend to be the best schools and they foster a growth-mindset – one that encourages success through the championing of the alternative view and the examination of failure.

A growth mindset challenges convention and learns from its mistakes.

When I joined the military, the biggest difference I found was that, although I had entered an institution much like my old school, it acted more like the school that my wife had been to.

And it needs you to be successful as its own success is directly dependent on yours.

Much like a fee-paying school that wants those fees to continue, the military has an interest in its members doing well and so promotes a questioning and growth-mindset. My early days in the military opened my eyes to this new way of thinking and taught me to question, much to its dismay!

And so it was that, as the heavy office door slammed closed behind me, I was read out my charge.

I had written an essay that critiqued a famous Naval engagement which had taken place many years before and it had ruffled some feathers in the higher echelons of the college.

I had dared to offer an alternative view, break with conformity and stand out in an institution that had stood proudly since the 16th Century.

My essay on the ‘Unlawful sinking of the Argentine Cruiser, the General Belgrano during the Falklands Conflict’ was to be a turning point in my military education.

I was to be set straight by a Senior Naval Officer whose words I remember to this day.

‘You have decided that an alternative view to an historic and celebrated Naval sea action is warranted at this early stage in your Naval career and, as the Commander in charge of this institution, I stand before you to give you this short piece of advice.

During your career you will be often be criticised for expressing an alternative view but, if you can stomach it, then you absolutely must do so. It is your duty, not only whilst serving but also as a responsible member of a progressive society.

So, tell me what YOU think, below!