Familiarity Kills Pilots – A Lesson for us all! 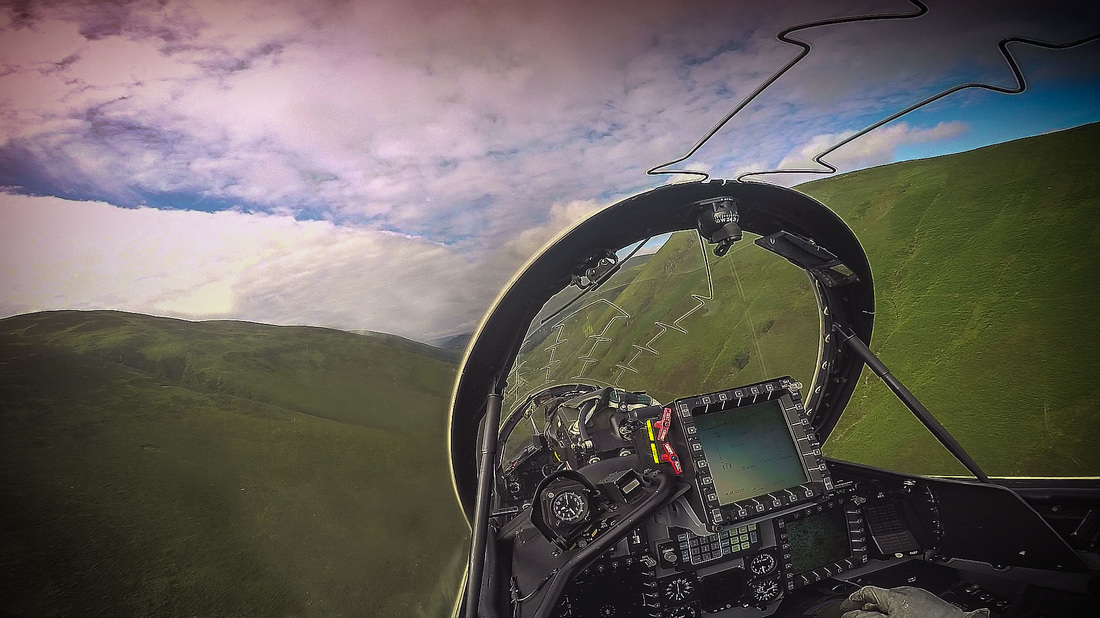 We’ve all done it and if you haven’t you probably know someone who has.

You’re having a conversation, driving home from work or watching TV when you suddenly realise that you can’t remember the last 5 minutes of what you’ve been doing.

A recent survey suggests that 23% of all car accidents happen within 1 mile of the owner’s house and over 50% within 5 miles.

It’s no different with pilots either but the results can be a lot, lot worse.

In aviation, inattention is often referred to as ‘low-arousal’ and is an issue that has caused many a pilot’s demise. I was recently caught out by this and it made me realise that I needed to re-evaluate my approach to flying.

I’ve been flying for 17 years and have over 2,500 hours, mainly fast jet. To an airline pilot this figure would be laughable but, as any Service pilot knows, the variation of content in military fast jet flying makes this number significant.

But although the content on each flight might be diverse, the departure and recovery to the airfield can become very routine and it was on one such recovery that I was caught out.

The incident in itself is unspectacular. I was flying with another very experienced pilot who is also a fast jet instructor but converting onto my aircraft type. We were recovering the aircraft back to the airfield and in cloud at the time.

Air Traffic Control told us to descend to 4,000 ft which my student instructor correctly read back. In the descent, however, he incorrectly stated that he was descending to 3,000 ft, an error that I did not recognise or challenge.

Upon levelling at the wrong height ATC corrected us and we climbed back up to our cleared level.

It was a recovery that I had flown hundreds of times before and nothing had ever gone wrong. I realised that what I was suffering from was low-arousal, a state where a person is reluctant to react to external stimuli and I filed a flight safety report to that effect.

With hindsight I realise that in addition to low-arousal I was also affected by something called outcome bias which effects many in business as well as in aviation.

Low-arousal is common in pilots who spend a long part of the flight monitoring systems rather than physically flying the aircraft such as airline pilots, for example. But being under-aroused at times is not always a bad thing as the continued maintenance of an alert state can be fatiguing and can have a negative effect.

You learn very quickly flying jets that normally the best thing to do in an emergency situation is nothing – sit on your hands and take time to work out exactly what has happened.

In fact many minor issues have become major ones by a pilot leaping into an emergency without all of the facts – making a poor situation considerably worse.

‘There are very few aircraft emergencies that will kill you quickly. There are plenty if you act in haste.’

When I was young a friend of mine was killed in a car accident. He was driving a familiar road one early morning in January, a road he driven a thousand times before, when his car span on some ice and hit an oncoming truck.

‘Outcome bias is a decision based on the outcome of previous events without regard to how the past events developed.’

He’d made the journey many times before and the outcome had always been the same – nothing bad had happened. He believed that this day would be no different and failed to appreciate that the road hadn’t been treated for the overnight icing – this is called ‘Outcome Bias’.

So looking at my low-arousal state and outcome bias I started to read about how to combat these two issues which led me to learn about the brain’s Default Mode Network.

The Default Mode Network (DMN) is where your brain goes when your body is physically engaged in familiar activities with goals that don’t require concentration such as showering, working out, going for a walk or day-dreaming.

The Default Mode Network is essential in helping us plan tasks, review past actions and to improve future behaviour.

‘In neuroscience, the Default Mode Network is a network of brain regions that are active when the individual is not focused on the outside world and the brain is at wakeful rest.’ – Wiki

Ever wondered why you have your best ideas when you’re doing something on autopilot or have just woken up?

Our society only sees worth in practical goal-oriented, non-time-wasting courses of action.

The problem is that by never giving our mind a rest we are unable to innovate, it seems paradoxical but true.

You see, in order to come up with new ideas you need to find connections between things that might, at first glance, not seem related – this is called Associative Thinking. You could read a book on Sherlock Holmes and then watch a film about an expedition to Everest and not find any similarity or common purpose between them.

But somewhere in your mind you will have found a connection but until you can access your Default Mode Network, the answer you are looking for will remain hidden.

‘Associative thinking is when you take two or more things that aren’t ordinarily put together and understand how they can share a connection.’

When we are focused, we don’t give our Default Mode Network the time to function and come up with innovative connections – we overwork ourselves out of creativity.

The Default Mode Network is also on when you go to sleep, whilst you are asleep and when you wake up.

But it goes off when you start to involve yourself in task-oriented or problem solving behaviours.

You see, most of us don’t allow ourselves to think about things that we have little interest in but by doing so we are reducing our ability to innovate or create new ideas.

Walking is a great and natural way to trigger the Default Mode Network into action as it gets oxygen to the brain but is a routine activity.

So we can now see that there is nothing wrong with switching off if done in the right environment. In fact it is essential in order to be creative and to allow new ideas to form.

But, like pilots understand, we must also recognise the dangers with doing familiar tasks and take care that we don’t switch off until we are complete.

We must be careful when things are going as planned, when we are comfortable and unconcerned about the task at hand. These are the times when low-arousal is present when we actually need to switch on.

And be aware of Outcome Bias, use NASA’s technique of ‘Pause and Learn’ – The aim is to appraise the process before the outcome is known because you know when you see the outcome in the future, you’ll be biased about it.

Just because something has always worked for you, you mustn’t think it always will.

So whether you are bringing your fighter jet home or driving your car back from the office – when you find your mind drifting off it means it is time to switch on.

Wait until you’re home or in a safe environment before you decide to relax, let your mind wander and find that you’ve come up with the next Facebook.