Arguments in the Cockpit – How to Have Better Relationships and be Liked at Parties. 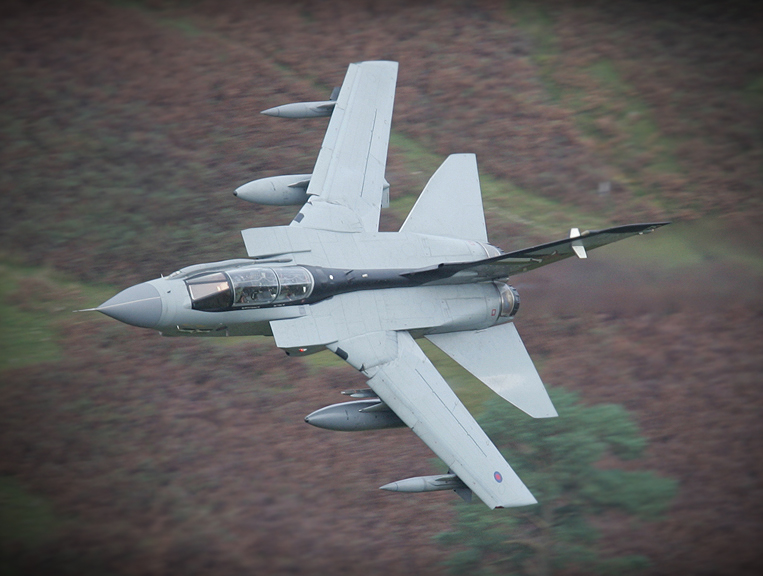 The picture above is from the actual sortie I talk about here and was taken 2 minutes before the start of the target run.

We all know that pilots are an overconfident bunch.

You’ve seen the airline captain wearing sunglasses as he walks through the airport terminal or you’ve met the pilot who insists on telling you what he does for a living before you’ve even asked.
​
But pilots are also flawed in other ways.

The problem stems from the fact that normally pilots have always been the best at what they’ve done when growing up.

If they played rugby in the first team at school but suck at playing the guitar then their focus will drift more onto their sporting, rather their musical, endeavours.

Pilots want to solve things and be impressive to people and if they can’t then they quickly lose interest – this can come across as egotistical.

But they are not alone with their narcissistic attributes.

Who has never said ‘When I lose some weight, get a new car or climb Mount Kilimanjaro people will think I’m awesome and I’ll have loads of friends!’

Pilots want to impress people, of course they do.

But so does everybody else.

One of the strangest things that I’ve found is that the less I say at parties, the more people talk about me. If I meet someone and they talk about themselves all evening, I’ll hear back the next day that they think that we had a great conversation.

Even though they only spoke about themselves all night!

‘Hearing is one of the body’s five senses but listening is an art.’ – Frank Tyger

​You see people want to be heard – Facebook and Twitter know this little known fact all too well.
People want to feel valued and needed – it’s normal and we all do it.

If you talk too much and try to impress people, you run the risk of being seen as arrogant. But if you listen to what people are saying, ask questions and take an interest in their lives, then you validate their ideas and people like that.

It also means that we can learn from each other.

‘Let a fool hold his tongue and he will pass for a sage.’ – Publilius Syrus, First Century BC, Maxim 914

​Often pilots don’t understand this too well and they will jump in with their take on the world at every opportunity. But something I’ve realised over my years flying military jets is that a little humility can go a long way.

In a flight de-brief, when it’s obvious that a pilot has made an error but isn’t forthcoming with it, I will highlight an area where I could have done better in the hope that the open forum I’ve now created will allow them to contribute their error too.

Some pilots, of course, will do everything they can to hide their mistakes. It is rare in flying communities but it does still exist.

Every so often though, communication breaks down to such a level that pilots argue.

Normally, on the squadron, it’ll be in a briefing area, office or crewroom and with an audience who do not appreciate that the fine and harmonious balancing of egos is about to be redefined.

‘People value being understood more highly than being agreed with.’

​We can all put up with people not agreeing with us, but if we feel misunderstood we will continue the discussion in an attempt to clarify our point and it is at this point that an arguments happens.

If an argument does break out it is normally put to bed quickly through reasoning from the other pilots in the room and eventually one side backs down.

In a de-brief or office, and with fewer people around, it is normally the most senior pilot or highest rank who will stop the exchange by saying ‘take this outside of the room’ which really means – ‘Stay on message here, remain professional and finish this after.’

Sometimes, though, arguments can happen in the cockpit.

I used to fly with a friend of mine who was a Navigator (now called a Weapons System Officer) when we were training in Scotland. We were learning to fly the Tornado GR4 and we would party like the best of them. As a student course we would go on holidays together, always hit the bar on a weekend and having a crazy time – my friend was a great guy!

But, in the air he was a nightmare.

He was one of the best navigators on the course and was a very focused individual. We had been paired up together to do our ‘crew solo’ – the sortie where students fly in the jet together for the first time without an instructor.

It was on this sortie that we had an argument that would mean that we would never fly with each other again.

We had managed to get the jet airborne, a feat in itself for two students flying together for the first time, and were buzzing off each other with some serious aircrew banter – it was awesome!

It felt like we’d stolen this huge 25 tonne combat jet – the RAF must have been mad to have let us take it!

​We climbed over to the west coast of Scotland, ditched Air Traffic Control and descended through the clouds southbound levelling over the Isle of Skye at 250 ft and 420 kts.

We were to head to our target which was a bridge on which we would simulate dropping 4 x 1000lb bombs.

The planning for the sortie had taken three hours and the brief another one. The rules were simple – if we hit our target and didn’t crash, we’d pass the sortie.

In the back seat, my buddy started to go through his checks for the target run.

For the attack, the nav must allocate weapons to the target and set up the defensive aids suite to protect against enemy fire but as we approached the target area, I knew that something was wrong.

‘Sam’, I called out, ‘I don’t have a weapons package in the Head Up Display.’

Now confused, I checked my switches and the HUD again – it didn’t look right, I was sure of it.

‘I don’t have anything, you need to steer me to the target and give me the package.’ I said, referencing the fact that he hadn’t given me the information I needed to prosecute the attack.

As I started to push the jet up to the attack speed of just under 540 kts, I saw the steering carrot and range to target appear in the HUD – we were now only 5 miles away and travelling at 9 miles per minute.

We would be over the target in just over 30 seconds.

‘Sam, do your checks again, we’re 5 miles to target, do the checks again quickly – hit the Fix/Attack key!’, I shouted trying to tell him what he needed to do!

‘I’ve done them, stop shouting at me! You have everything, YOU HAVE THE WEAPON PACKAGE!’

I looked again at my HUD, had I missed something?

‘I don’t have a bomb fall line or target bar mate, I’ve got no package or height sensor, I can’t commit – I have nothing to drop?!!?’

We’d run out of time.

We overflew the target completely exposed to what would have been an intense barrage of enemy fire and with no weapons release to reply with.

‘Damn it Sam, did you even have your check cards out!’ I shouted, thinking that he had free-styled his checks instead of reading them out from his Flight Reference Cards.

‘Why didn’t you tell me earlier that you didn’t have a bomb fall line!’, he snapped back.

The cockpit fell silent and, as I climbed us out of low-level and started to head home, we both felt the disappointment.

When we landed our instructors failed the sortie.

​I failed it for shouting in the cockpit and Sam for messing up his checks. Both of us had displayed very poor Crew Resource Management and had not worked as a team.

Sam was embarrassed about his checks and me about losing my temper – we were both quite hard-working guys and ashamed of our performance.

We never flew together again – we agreed that we were just unable to get on with each other in the cockpit whilst also learning to fly the jet.

The rest of the course loved the HUD footage of our argument and thought it was great fun although the instructors would go on to use it as an example of what not to do.

Our argument had been caused by my inability to explain myself in a manner that my nav could understand whilst operating in a high-pressure environment.

An inability to communicate and my attempts at giving my nav my solution had caused the argument to occur.

Recently one of my team of instructors came to me and told me that he had gotten angry with a student whilst airborne. I had to repeat to him the mantra ‘There are no bad students only bad instructors.’

As he later admitted to me, he was actually angry with himself – he could not explain well enough what he wanted the student to do and so the student couldn’t understand what was being asked of him.

At home, sometimes my wife will tell me about her day at work and, naturally because I’m a pilot, I will attempt to offer solutions to all of her problems.

‘Why can’t you just LISTEN to me!’, she will snap back!

As I’m now finding out, it’s the same in the office as it is in the cockpit and the home – it’s about getting people to understand your point of view and often whilst under considerable pressure.

Frustration happens because one person feels that the other person is misinterpreting what they are saying. It’s normally because of an inability of one or both people to verbalise exactly what they mean or just because, actually, we’re not listening to what is being said.

If this happens then I find that asking for clarification, or examples of what they mean, helps my understanding as does telling the other person how what they are saying is affecting me.

‘The biggest communication problem is that we do not listen to understand, we listen to reply.’

​Next time you are at a party, try listening to what someone is actually saying, find something they’ve said that is of interest to them and ask questions about it.

Remember that the key to being liked is not to try and be impressive to them but in allowing yourself to be impressed by them.

Listen twice as much as you talk – it’s why you have two ears and one mouth!

So, whether in the office with your colleagues, at home with family or on a low-level attack run with a stressed out navigator, it’s worth remembering that sometimes people don’t want a solution, they just want to be heard.