Are You Really Going to Make it on Your Own? 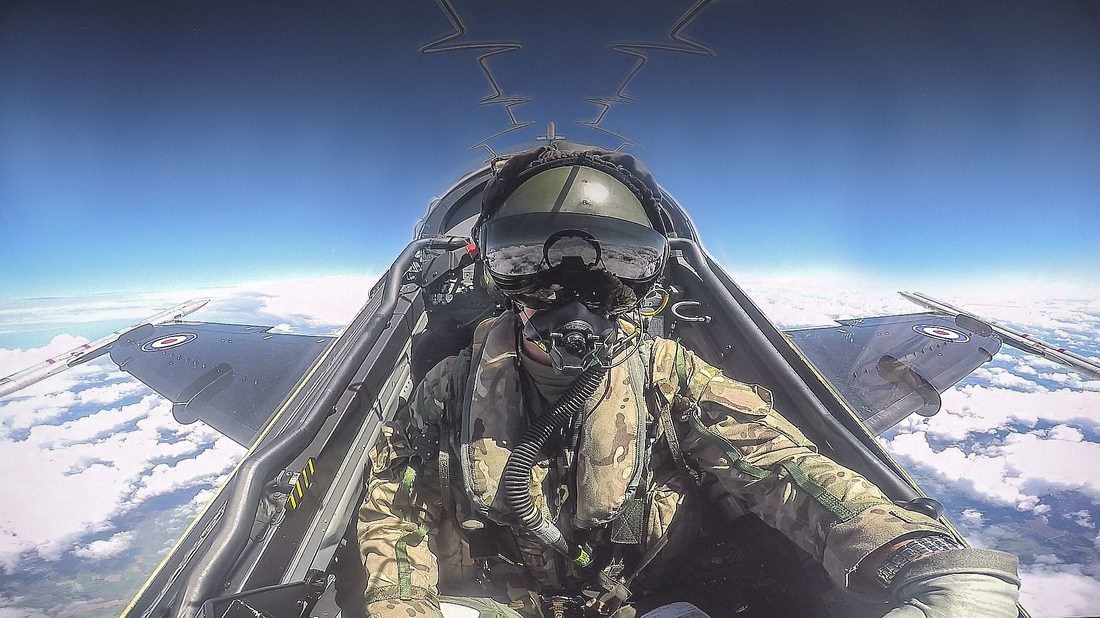 Have you ever wondered why you missed that promotion at work or why another person always gets the great assignments?

You work as hard as the next guy but he always seems to get the breaks!

Maybe you have some great ideas and, if only someone would listen to you, your workplace could be awesome and so much more productive.

What if I said that I had an answer for you…

And it’s been around forever.

You see, most of the emails I receive from my readers are not about the articles I’ve written or pictures I post. No, the majority of people write to me for career guidance or to ask my advice on a life or business decision they’re making.

If I was to offer one piece of advice to you and all of these individuals, it would be this.

‘Going it alone is an admirable, but foolhardy and highly flawed approach to taking on the world.’ – Richard Branson

You see, mentors are people who have been there, done that and got the t-shirt. On our squadron, young pilots have mentoring from their boss, their instructors or their comrades who are a few courses ahead of them.

It is said that 96% of executives believe that mentoring is an important development tool and that employees who received mentoring were promoted five times more often than those who didn’t.

Flying training is a hard time in a pilot’s life and it makes sense to navigate these waters with advice and guidance instead of just trial and error. Of course, the students are encouraged to bounce ideas off each other as it is virtually impossible for an individual to pass flying training alone.

Because of the many different situations that are faced with in each flight, the only way a student can experience them all is through shared knowledge – they need to talk to each other and listen to those who have already done it before them.

And don’t think mentoring is something new – it’s been around for a while.

On 30 August 1916, the German flying ace, Oswald Boelcke became the Commanding Officer of Royal Prussian Jagdstaffel 2, a flying squadron of the German Air Force (Luftstreitkräfte) and one in which he was able to hand pick his pilots so that they could be personally taught by him.

Already an ace with 19 victories he would go on to acquire another 21 before his death 2 months later at the age of 25.

But it wasn’t as a combat ace that Boelcke was to be remembered. He was also a tactician and a mentor to the whole of the German Air Force.

Not only had he developed the ‘Dicta Boelcke’, his tactics comprising of 8 fundamental rules for aerial supremacy, but he was passionate about teaching it to anyone who would listen.

He was a true leader and his men were enthused by him; everything he learnt he would pass onto them, trying in earnest to make them better than even he was.

When he died it was a great shock to those he flew with and mentored. So much so that one of his pilots, the ace Erwin Böhme, was so upset that he had to be talked out of committing suicide by another one of Boelcke’s mentees – Manfred von Richthofen.

So how do you find a mentor?

Here are some fundamental rules to help you find someone that will truly help you to excel.

If you ask, most people will say no – the formal arrangement rarely works. Try and become a friend, part of their network or someone who is regularly in ‘the same space’ as them. If you both play golf, maybe offer to pay for their next round so you can bounce some ideas around.

Remember that people want to help each other, make it easy for them to help you and obvious that you will take up a minimal amount of their time.

Make a list of the top 20 influencers in your society or workplace – is there a way that you can reach out to them, maybe offer to buy them a coffee or lunch?

‘If someone has to ask the question, the answer is probably no. When someone finds the right mentor, it is obvious. The question becomes a statement. Chasing or forcing that connection rarely works.’ – Sheryl Sandberg, COO Facebook

2. Offer to help your mentor – Promote their work.

Asking a stranger to be a mentor is unlikely to work as they don’t know who you are and they are probably really busy. When you ask someone for information, what you are really asking is for their time and that’s one thing busy people don’t have.

Mentors need to be people that you already know, they have confidence in how you operate, contribute and communicate and they trust that you’ll put their input to great use.

Famous people are swamped with mentoring requests and have to say no to almost all of them. If, however, it is a famous person that you are after, there are some things you can do to get noticed.

Tweet out their work, comment on their blogs and start up a LinkedIn discussion on their posts. Offer your unique perspective and become part of their fanbase – you are more likely to get a question answered this way as you’ve shown how valuable and supportive you are to them.

Become useful to your mentor – what are they planning next, how can you offer help in that area?

If my boss was considering something, I used to write a 2 or 3 pages on the subject and leave it on his desk with a note – ‘Just my ideas!’

He would then take the information, turn it into a formal paper by adding his own slant on it and send it up the chain in record time – he looked good to his superiors and was more likely to help me in the future as I’ve created value for him.

“Thanks for showing that what you build can change the world.” – Mark Zuckerberg’s final farewell Facebook post to his mentor, Steve Jobs

3. Attract them to you – Listen to what they say and act on it.

Become a shining star so that the person you are chasing notices you. Be focused on their success and really pay attention to everything they publish or present. Have your sales pitch ready for when the opportunity arises so that you don’t forget what to say.

Start by asking for some small advice first and take it from there, that way you are not asking for too much of their time.

Use their advice so that you can continue the conversation with them – Family members are great for this and I’m fortunate that I’ve got a couple of uncles that I reach out to who offer brilliant advice.

“If you ask any successful businessperson, they will always (say they) have had a great mentor at some point along the road.” – Richard Branson

4. Don’t mistake opinion for counsel – A single mentor will not cover all bases.

Remember – you are looking for advice not opinion.

If you were to ask your mum what she thought of your new blogging website, you’ll get an opinion – she knows nothing about the subject matter. If, however, you ask a fellow website owner or blogger, you’ll get good advice as your site is probably aimed at people like them.

Don’t restrict yourself to one mentor and expect the success to happen overnight, I have a few mentors and they each have their specialities.

Understand that the person you reach out to should have been in your space before you and can guide you over the hurdles and stumbling blocks in whatever area of your life you are looking for help in.

5. Use benchmarking alongside mentors.

Don’t forget that having mentors is not enough, you also need to have ‘benchmarks’. Benchmarks are people that you can judge your own performance by.

You need to surround yourself with excellence in order to excel – If you’re the smartest person in the room, then you are in the wrong room.

So, to get some great mentoring go out and develop relationships by helping your mentors be more successful. Listen to what they say and use it so that you can report back and continue the conversation. Don’t get stuck on just one mentor and remember to challenge yourself against your benchmarks, it will keep you hungry!

Don’t forget that you can become a mentor too – sharing your success with others will pay dividends in the long run!

Thanks for reading, if you have any stories on mentoring please post them below – I’d love to hear them!