A Fighter Pilot’s Thoughts on Managing Talent Through Empowerment

Read time:
faster than both a BMW i8 and a Typhoon 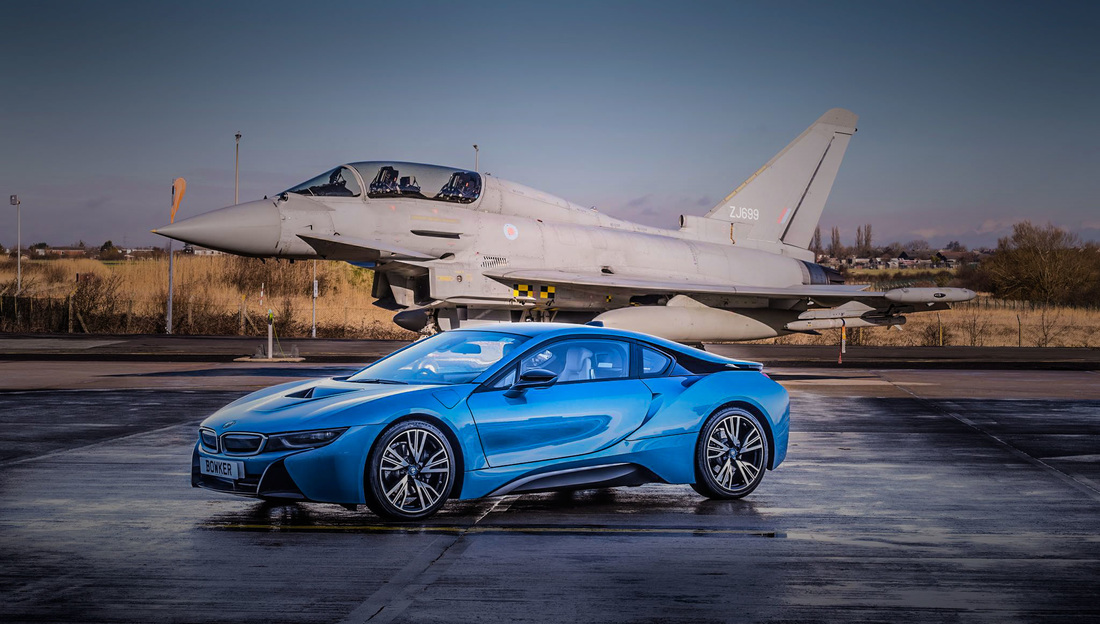 Let’s talk about our relationships in the workplace whether that’s in a fast-jet cockpit, a ship at war or somewhere a little more traditional.

For as long as people have worked together they’ve come to one single place to do it.

Normally this is a building that has all the things that a worker needs to generate output. Computers, coffee machines, somewhere to park the car – those sort of things.

These workers gather together and their managers tell them what they need to do to make ‘stuff’ happen and eventually an output is achieved, something is sold and everyone gets paid.

But it doesn’t need to be that way any more.

​The majority of people in today’s workplace are ‘makers’. They make something: a car part, documents, sales, clothes, TV sets or baby pilots.

They ‘do’ something at work.

And above these ‘doers’ we have managers who manage them.

Managers are important – I know this because I used to be one. I used to manage 12 of the country’s (if not the world’s) most highly qualified and talented fast-jet flying instructors. I was responsible for all instructor and student training on the largest fast-jet flying squadron in the Royal Air Force.
I would manage the instructors and they would ‘make’ new fast-jet pilots.

Most of the time my instructors and I would teach in the cockpit which can be a very difficult working environment and not always conducive to a positive learning experience. There’s a lot to get done when flying such as speaking to Air Traffic agencies, finding a piece of airspace that nobody else is using, avoiding the weather and keeping yourself clear of controlled airspace that is being used by airliners and such like.

And all of the time you are trying to teach an exercise to your student.

Now think about a TV series you like to watch and think about what happens at the start of each new episode.

The ‘In the last episode of…’, or the recap, is there to bring you back up to speed with the storyline so that you don’t have to watch the second half of the last episode to work out what is going on.

Now imagine you are teaching a young student to fly military fast jets but every 5 minutes Air Traffic Control call you up with some information about another aircraft nearby or the weather at the airfield back home; just like having a break in a TV show series, it breaks up your flow and you have to often restart the section you’ve just been teaching.

It’s why we normally try use a ‘discreet’ radio frequency and maintain a ‘listening watch’ because when you are creating something like a new pilot, it takes a lot of uninterrupted time.

But having a lot of uninterrupted time is not how a normal working day works for many people.
Their normal day is broken up into 15 minutes here or 30 minutes there, then a quick get together, you know – just to check on things.

Before you know, it’s lunchtime!

Then you might have a meeting, a few calls to make and emails to check and then you’re going home – it’s why people say ‘I spent all day at work today but got nothing done.’

When people ‘make’ something, it takes a lot of time – it’s hard to make something of quality in a short time frame. 15 minutes here and there is just not long enough to get into a problem and to fully think it through.

​And this is a problem because, when you ask people where they’d go if they just had to get a piece of work finished, most of them do not say ‘the office’.

Most people say a flight, a train journey, a library or home to name a few.

So why don’t people want to go to the office to work?

Managers provide direction to the makers. They collate all of their work together before passing it up to their own managers. But, unfortunately, managers need assurances that the work is being done properly because, if it isn’t, then they will have problems with those above them.

So they do something that can cause more disruption than anything else in the workplace.

They call a meeting.

You see meetings make them feel all warm and fluffy as they can be assured that the work they have tasked you with is getting done.

But a one hour meeting for twenty people is not just one hour of productivity lost, it’s twenty hours – one for each individual. Meetings can help to make sure people are working in the right direction and not just ‘working’ but they do take away time and are, by their very nature, exceptionally disruptive to individual productivity and creativity.

Working from home or working remotely has been shown to increase productivity in jobs where creativity is necessary.

At home, you control when you get distracted but at work, especially when they call a meeting – your manager does.

As humans we are all different. We think, interpret, understand, assume, explain and learn differently. The biggest challenge we have is not time management at all but clear and comprehensive communication. As I’ve said before, if managers were able to give clear and unambiguous direction with open and transparent channels of communication then meetings would not be necessary at all.

When I was a manager I felt that to hold a meeting was to demonstrate a failure in my own ability to inform my team of my strategic vision. Under my lead I never had a meeting with my team – my objectives were clearly formulated, unambiguous and disseminated as direction.

And this meant that I truly had to believe in empowering the talent that I was fortunate enough to command.

But with this empowerment also comes great responsibility.

Just because I’d allowed my team the autonomy to work uninterrupted did not mean that I could abdicate the responsibility for their output. That responsibility remained with me and if my team let me down due to their inability to understand my direction, I would take the blame, not them.

‘You can never abdicate responsibility through empowerment, you alone must own the risk.’ – Tim Davies, just some fast-jet guy

​When you empower someone, something truly magical starts to happen. The individual feels privileged, trusted and responsible. That’s not to say that you then forget about them, not at all and my door was always open. But once my team had received my direction, I was able to manage the results of their output and not get in the way of them achieving it.

Setting clearly defined boundaries with a direction are what most workers need and meetings can create confusion if they attempt to introduce new ones.

‘Collaboration needs a different kind of leadership; it needs leaders who can safeguard the process, facilitate interaction and patiently deal with high levels of frustration’ – Chrislip, David (2002). The Collaborative Leadership Fieldbook

Think about a mission statement or company slogan.

Domino’s Pizza chain used to use the tagline ‘Fresh hot pizza delivered to your door in 30 minutes or less or it’s free’. It was a very clever slogan and set out exactly what the customer could expect from their restaurant.

If a customer could expect a defined outcome from a company slogan, is it too much to ask for a company’s mission statement to set clear direction for an employee, too?

What about if you worked for a company who had the following mission statement, would you know what you were supposed to deliver?

‘The customer can rely on us to completely negotiate multimedia based benefits in order to continue to professionally pursue next-generation paradigms.’

Now, what about this:

‘The BMW Group is the world’s leading provider of premium products and premium services for individual mobility.’ – BMW Group

It’s obvious that if you were a BMW employee you would know exactly what your brand stood for. It is a solid mission statement that tells the employee and the customer exactly what to expect from the company.

Managers have a responsibility to set clear direction but often they themselves do not know what that is as they have inconsistent messaging from above.

Here is an example of a manager who did know how to set clear guidance.

On 21 October 1805, Vice-Admiral Lord Nelson actioned a plan that would score a decisive victory for the British fleet over the French and Spanish Navies. As briefed to his commanders some days before the battle, Nelson’s plan was ambitious and new – he would break the enemy ships lines and surround them thus forcing them to fight to the end.

But in recognising that no plan survives first contact with the enemy, he also offered the following guidance.

‘No captain can do very wrong if he places his ship alongside that of the enemy.’ – Vice-Admiral Lord Nelson

​He was clear in his direction that, if it all goes wrong out there, just put your ship alongside that of the enemy and destroy him.

How clear is your manager’s direction and do you really understand it?

If you are the manager, are you giving clear guidance and is it understood?

So, maybe the real issue in the workplace today isn’t meetings at all, maybe it’s the lack of clear direction and guidance from above.

Maybe we need better attitudes to communication by managers, who themselves are freer to set boundaries and direction, for those that make the products or services. Managers who can optimise people’s time and minimise distractions, only holding meetings if they will truly increase productivity, improve performance or enhance the output.

During the fog of war in an epic sea battle over 200 years ago, because of solid and effective communication, every man knew what was expected of him without having to have a meeting about it.

If we genuinely empower our workforce and allow them the freedom to deliver with their initiative and collaborative efforts then maybe we wouldn’t need to be so demanding of their time.