Read time:
A fast 10 mins because you are a productivity NINJA! 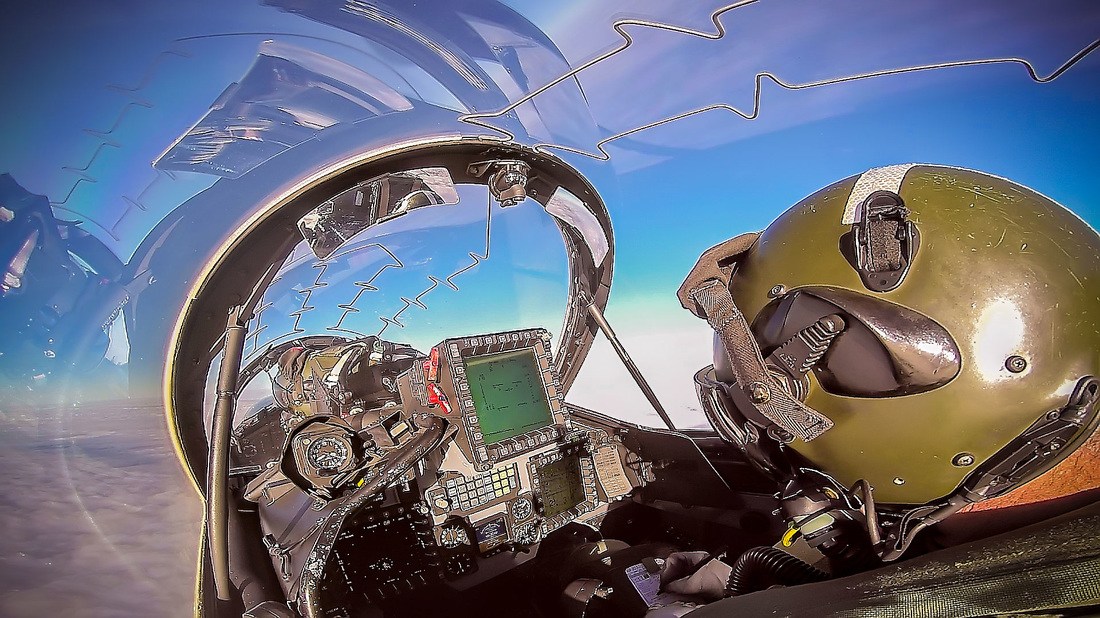 You’ve heard of the saying ‘If you want something done, give it to a busy person’ but often it seemed that the more I did, the less I actually got done. My three year tour as a Senior Executive on, what was arguably at the time, the busiest fast-jet squadron in the RAF, was a brutal and demanding tour with high workload and long days.

In effect we were building a brand new squadron with a brand new aircraft. The infrastructure was also new as were the civilian partnerships that we had entered. I pretty much worked myself into the ground but towards the end, ironically after I’d taken my option to leave the Service, I managed to seek out some working practises that helped to lower my stress levels and increase my productivity.

So, 5 quick tips for a more productive and less stressed you!

1. Stop procrastinating. As I found out, when you have so much work to do it can be hard to know where to start. Just as you’re getting on top of one thing another task comes in! In ‘The Pomodoro Technique’, author Francesco Cirillo recommends allocating a chunk of dedicated and focused time to concentrate solely on one particular task; he calls these chunks ‘Pomodori’, the Italian plural for tomato, as it was a kitchen timer, in the shape of a tomato, that he first used to develop the technique. He recommends that you have a timer (kitchen timer or phone) set for between 20 to 40 minutes (he suggests 25) and, for that length of time, you solely concentrate on one task. When you have finished the ‘pomodori’ you can go and take a 5 minute break, make some tea, check emails etc. But the ‘pomodori’ must be uninterrupted – he recommends being firm with people that might try to steal your time during this period by telling them that you’ll call them back later. He also suggests getting a timer that clicks as it counts down – it’ll remind you that you are in the ‘focus zone’. A ‘TED’ talk is 18 minutes long for a reason – it’s because that’s realistically the longest time that we can concentrate for before getting ‘Candy Crush’ withdrawal symptoms and ruining our focus.

Throughout the day, though, you don’t want to concentrate solely on one thing – you’ll get bored of it and it will drag you down. Also, if you just do one thing all day you’ll go home thinking you haven’t achieved very much. By doing a few things, you’ll keep them fresh in your mind and it’ll let you discuss their progress with your boss or team. You might allocate a presentation, that you have to write, 2 Pomodoris and a phone call, 1 – remember to take those breaks though.

Take-away: Set your tasks into 25 minute chunks (Pomodoros) and then take a 5-10 minute break.

2. Stop looking at email. It’s ’email’ not ‘immediate mail’ – you don’t have to check it every five minutes. When I learnt to work more efficiently I added a line to my signature block that said ‘This email is checked twice a day at 1100 and 1600 hours – call me if it’s urgent’. Strangely enough nobody ever called! Look at email as small little bits of distraction, ‘they are sooo pretty – I just ‘must’ open it!’

Sometimes an email can take you longer to answer than they did for the sender to write – in most cases I limit my emails to less than 4 or 5 sentences and remember, it’s not a conversation you’re having – that’s what the phone is for!

Now when the boss says ‘Hey, did you get that email I sent you?’ you can honestly say ‘I haven’t checked yet, I’ve been too busy being an awesome time management guru!’

Boom – you are the hero!

Another email technique is to leave an email unanswered and see whether the sender emails you again or calls you. When my buddy comes back from holiday he has a policy of just deleting his inbox! He believes that the 2 days he’ll spend going through the emails will be wasted as most will be redundant now so he may as well delete them all anyway!

Take-away: Own your email – it’s email NOT immediate email. Be disciplined with it -Sometimes it’s easier to just call the sender rather than write a lengthy response. (TOP TIP…Never write an angry email, it can be misinterpreted or used against you – face to face or a phone call is 10 times safer for your longevity in the workplace!)

3. Take a meeting with yourself. When I went through Dartmouth with the Royal Navy, the Commodore who ran the college would retire to his stateroom for reading time for ‘two hours’ everyday. He believed in his own education and if you are only ever ‘giving’ to the company you work for, you will never be able to grow yourself and the company won’t ever gain from your increased knowledge.

‘Not every reader is a leader but every leader is a reader.’

You cannot expect to excel alone, you need mentors who have been there before you and their wise words can be found in the books they have written. Allocate time throughout the day for your own education and stick to it. If you’ve found a book useful maybe offer it to your boss for them to read – start a reading club even!

If you find an article online that you want to read but haven’t got the time, consider using something like Instapaper, which allows you to save long Web pages to read later when you do.

Get some exercise too! I used to work at MOD Boscombe Down and they had a path that went around the base so that during the lunch hour people could go for a walk where they’d chat things through with co-workers or just relax by themselves!

Take-away: The only person that is going to invest in YOU is YOU – it is your duty to yourself, your family and your employer to further your education!

4. Turn down work. If you don’t tell your boss that you are loaded up with work he or she will keep tasking into you. One good technique for when you are given a task by your superior is to ask them how they want that task prioritised. You’ll normally receive a quizzical look, this is when you explain what your focus is on at the moment and ask whether this new task should take priority. When given too much work, people in high stress jobs will burn themselves out if you let them which is why I forced my team to their leave and any courses I could get them onto. Guess who was the one guy that didn’t take any leave or holiday time – me! In fact, when I went to tell me boss that I had decided to leave the Service I had 20 days of leave remaining with a month and a half to take it in – I had 4 weeks leave to take out of the remaining 6 – I was that involved with the job! In her book ‘Lean In’, Facebook COO Sheryl Sandberg says that whenever anybody came to her saying they were leaving she always asked how much leave they had remaining. She’d then insist that they take some leave and then come back and see her again afterwards. If you have a team of people working for you, take note of this – people, especially high-achievers, will forego leave if they get too involved with the job.

Take-away: Openness with your boss breeds trust, ask them what work they want prioritised if you start to feel overloaded.

5. Work Smarter. Stop multitasking, use the ‘Pareto Principle’ and the ‘90% Solution’. Multitasking is where you switch between multiple activities such as email, answering the phone and chatting to a colleague. Humans are very poor at multi-tasking and, before you ask, so are pilots. Pilots don’t multi-task – they just prioritise a list of separate tasks exceptionally quickly. The ‘Pareto Principle’ states that 80% of the effects come from 20% of the causes so for you, find the 20% of the effort that will get you 80% of the reward. This might be setting up an important meeting or dealing with your biggest priority task first.

In the 1940’s a guy called William Rosenburg had over 200 catering trucks on the East Coast of America. One day he discovered that 55% of his profits came from just two items: Coffee and donuts. So he decided to stop selling everything else and focus on those two things. In 1948 he opened his first ‘Dunkin Donuts’ and now there are more than 10,000 Dunkin Donuts stores in more than 30 countries around the world. Focus on what gets you the most results.

The 90% Solution states that if you strive for perfection in all of the work you do, you’ll probably not complete any of it. When a pilot is flying they don’t have enough time, fuel or patience to complete all of their tasks to 100% completely so they tend to do things to 90% of the way there and move onto the next task. We call it ‘economy of effort’ although when the police caught a friend of mine driving his car whilst on his phone and eating a Big Mac they failed to appreciate this as his excuse!

Oh, and don’t go to meetings that don’t have an agenda. A meeting without an agenda or a set end time is called a ‘chat’ and doesn’t warrant your precious time.

Take-away: You are smart! Do the thing that gets you the most results – don’t multi-task and don’t go for perfection, you haven’t the time.

I hope that helped and if you have any great tips that you use then I’d love to hear them – Stay awesome!